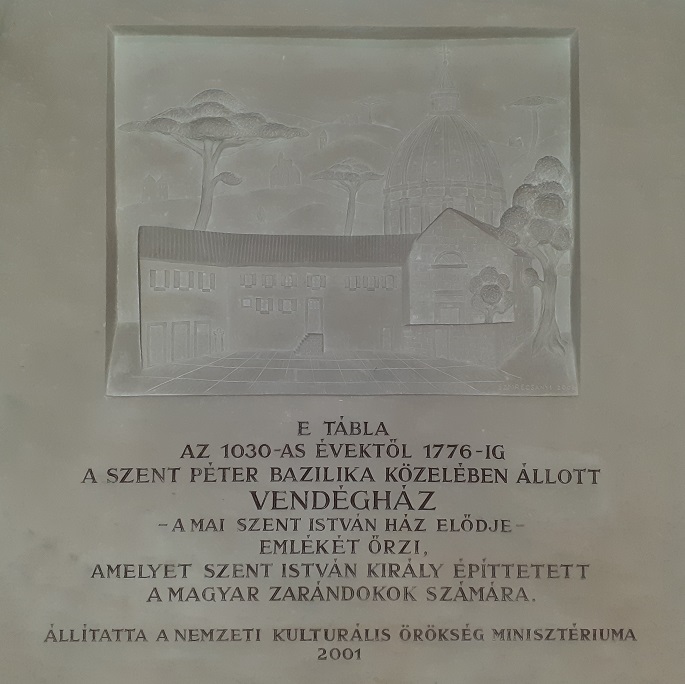 The Hungarian St. Stephen’s House is located in the Western part of Rome, behind the Gianicolo hill, in the  Monteverde Nuovo district, which through it’s hills and plants evokes a garden-town atmosphere. The idyllic atmosphere of the green gardens surrounding via Casaletto offers an excellent opportunity for physical and mental relaxation. The bustling street of via dei Colli Portuensi, just 800 meters away, also awaits the vistor with shops, cafés and cozy restaurants.

The history of the St. Stephen’s house can be traced back to the first king of Hungary, Saint Stephen. Besides being granted the Holy Crown, King Stephen received an additional gift in Rome: the “small” St. Stephen’s Church (Santo Stefano Minore, later Santo Stefano degli Ungari), which was located in the immediate vicinity of the old St. Peter’s Basilica. The church had been dedicated in the 8th century in honour of the first martyrs of Jerusalem. On the property next to the church King Stephen also founded a pilgrimage house for Hungarians arriving in Rome. Unfortunately in 1776, after more than 700 years, this important building was demolished, when a new sacristy was built next to today’s St. Peter’s Basilica. Although the idea of founding a new house for pilgrims was revived on multiple occasions throughout the years, it took until the second half of the 20th century for this idea to be realized.

During the communist regime, in 1964, József Zágon and István Mester, heads at that time of the Pontifical Hungarian Institute in Rome, were forced to step down from their offices and leave the building located at 1 Via Giulia. They, however, desired to continue their work and mission and therefore started searching for a new property.

The laying of the foundation stone of the new house was celebrated on November 19th, 1966, on the current property. The building of the house was made possible by the generous donation by Erzsébet Fay , a Hungarian benefactress. According to her wishes this should become not just an institution for priests, but also a financially independend house for pilgrims. House and chapel were consecrated on August 20th, 1967. In the altar table relics of different Hungarian saints had been placed: St.Stephen’s and St. Emeric’s relics as gift from  Aachen; Saint Gerard’s relics granted by Cardinal Roncalli, patriarch of Venice; the relics of Blessed Pope Innocent XI. and of the three martyrs of Košice as a gift from the generalate of the Jesuit order.

In 1971 the building was expanded by a new wing. 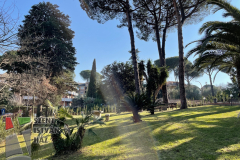 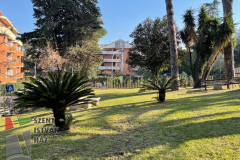 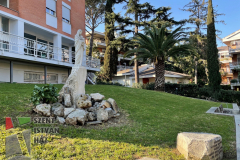 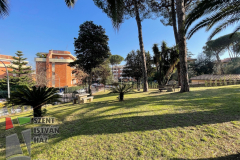 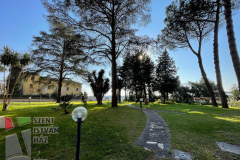 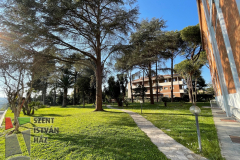 Here in the house lived and worked right from the opening of the house until his death Péter Prokop, a Hungarian priest, painter and author. born in Kalocsa, Hungary. He finished his studies of fine arts here in Rome.  The walls of St. Stephen’s House are decorated with his paintings. The sanctuary in the chapel with the Hungarian saints depicted in  „secco” style is also his work. 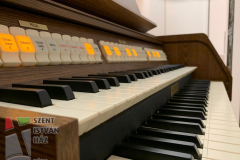 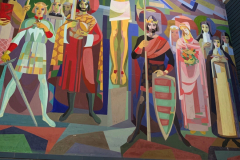 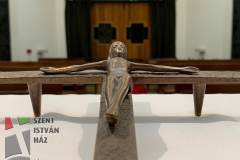 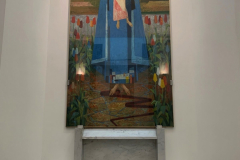 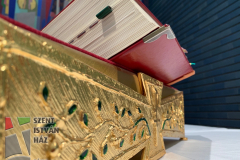 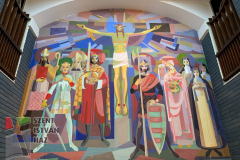 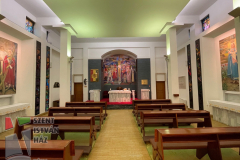 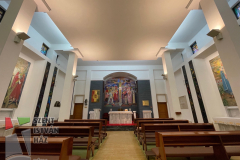 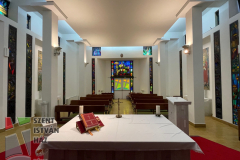 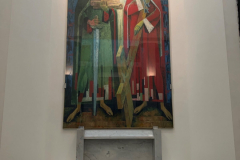 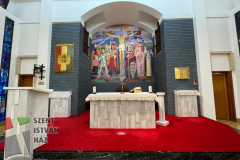 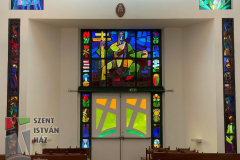 Erzsébet Fay entrusted the Saint Stephen Foundation, led by József Zágon, to manage the house.  He on his side asked the sisters of the Congregatio Sororum Scholarum de Kalocsa to run the house, who were in charge Saint Stephen’s House until 2011.

This website uses cookies to improve your experience while you navigate through the website. Out of these, the cookies that are categorized as necessary are stored on your browser as they are essential for the working of basic functionalities of the website. We also use third-party cookies that help us analyze and understand how you use this website. These cookies will be stored in your browser only with your consent. You also have the option to opt-out of these cookies. But opting out of some of these cookies may affect your browsing experience.
Necessary Always Enabled
Necessary cookies are absolutely essential for the website to function properly. This category only includes cookies that ensures basic functionalities and security features of the website. These cookies do not store any personal information.
Non-necessary
Any cookies that may not be particularly necessary for the website to function and is used specifically to collect user personal data via analytics, ads, other embedded contents are termed as non-necessary cookies. It is mandatory to procure user consent prior to running these cookies on your website.
SAVE & ACCEPT